What Exactly Is the Keto Diet, and Is It Safe? 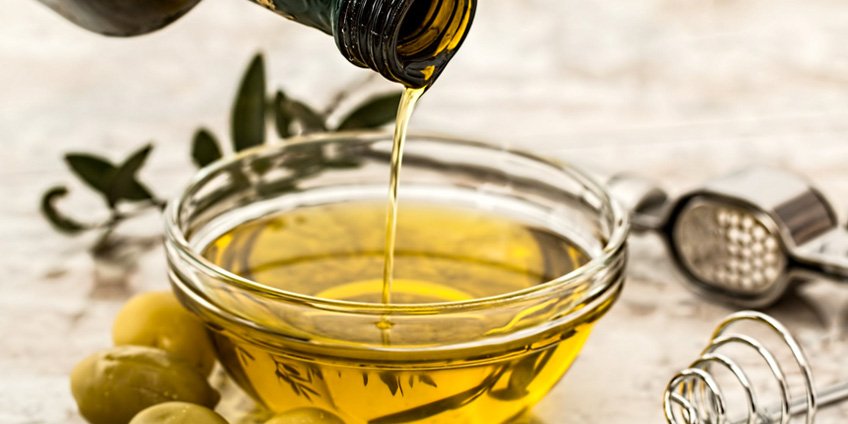 The ketogenic diet — better known as “keto” — is having a bit of a moment right now. It’s been wildly popular on social media in recent weeks, and Google searches for keto-related terms have skyrocketed since the new year; celebrities the likes of Tim Tebow and Kourtney Kardashian have touted it as a detox, or a “reset button” for the body. The idea is that you can lose weight by replacing the body’s typical go-to energy source — carbs — with fats. That means its followers are downing things like whipped cream, mayonnaise, butter, and cheese.

If that sounds too good to be true, that’s because, well, it just might be. We talked to an expert about how it works, how it’s done, and whether or not it’s worth a try.

What Exactly is a Ketogenic Diet?

The keto diet is an eating plan that consists of 80 percent fat and little to no carbohydrates. Staples of the keto diet are fish, meat, eggs, dairy, oils, and green vegetables. Pasta, rice and other grains, potatoes, and fruits are strictly prohibited.

Keto works by changing the way the body turns food into energy. Typically, during digestion, we break down carbohydrates — like those found in the verboten foods above — into molecules of fructose, galactose, and glucose, the last of which serves as the body’s primary source of energy. When the body can’t draw it from carbohydrates — either because they’ve been cut out of the diet or because a person hasn’t eaten for a long time — it looks for other forms of energy. The keto diet deliberately places the body in a state of ketosis, where fat is released from cells and turned into ketones, the body’s plan B for energy production.

Where Did The Keto Diet Start?

The keto diet is most assuredly not a fad, at least not in the usual sense of the word. It’s been around for nearly a century, and has its roots in the medical world: In the 1920s, epilepsy researchers found that increased levels of ketones in their patients resulted in fewer seizures, and the diet is still a widely accepted treatment for epilepsy today. There’s also some evidence that a ketogenic diet has therapeutic potential for a wide array of symptoms and diseases, including cancer, polycystic ovary syndrome, neurological conditions, diabetes, and even acne.

So How Did it Become a Trendy Weight-loss Diet?

Though keto has been gaining popularity recently thanks to celebrity endorsements and a wealth of diet-adherent Pinterest recipes, this is not the first time a form of it has gone mainstream. “We have been seeing different variations on the low-carb diet for decades,” says Abbey Sharp, a registered dietician and nutrition blogger.

“The Atkins diet and the Dukan diet are two variations of a ketogenic diet. The idea of ketosis is definitely not new — we’ve just seen it repackaged in a new, sexy way as of late.”

What can I expect on The Keto Diet?

You’ll likely experience a rocky start as the liver begins to turn fat into ketones to be used as energy. “At the beginning, it is very uncomfortable, since our body is not used to this form of fuel,” Sharp says. “You tend to experience brain fog, headaches, nausea, and fatigue, along with bad-smelling breath, sweat, and urine. We also tend to see a big drop in our electrolyte levels as we lose water weight, which also makes us feel crummy.” This condition is sometimes called the “keto flu.”

As your body levels out over time, many of these symptoms will subside, and things get better. Some research even points to enhanced cognitive activity and focus as the brain gets used to running on ketones.

In the first days of the diet, your regular workout might prove exhausting without carbs to keep you going.

Should I try It?

Let’s put it this way: as popular diets go, it doesn’t have a great track record. The Atkins diet, hugely popular in the early aughts, has since been proven more or less ineffective for significant weight loss. Researchers have found correlations between the Dukan diet — based on Pierre Dukan’s popular 2000 book The Dukan Diet, which, like Atkins and keto, used a list of 100 or so approved foods to put the body into a state of ketosis — and chronic kidney disease.

The keto diet is a particularly bad idea, Sharp cautions, for anyone with a history of disordered eating. “It’s just so restrictive that it interferes with daily interactions with food and a person’s relationship with food,” she says. “That’s counterintuitive to mindful eating, and may lead to dangers.”

For some people, though, a keto diet has one big perk: Its high-fat foods leave adherents feeling sated without needing to snack between meals. And while it can be difficult to get all the nutrients and fiber you need without whole grains and fruits, “it is definitely possible,” Sharp says. “You will need to be well in tune with the micronutrients in the foods you’re including in your diet to ensure you’re covering all of your bases. You may also want to consider a supplement.”

Okay, But Does it Work?

At first, yes. In the early weeks of the diet, you’ll drop a noticeable number of pounds while eating a satisfying amount of food.

Unfortunately, Sharp says that type of weight loss is not sustainable. “It’s largely water weight,” she says. “We store about six grams of water for every gram of carbohydrate, so when our carb stores are depleted, we drop a ton of water weight at once.” And if it’s increased energy you’re after, studies of cyclists and professional gymnasts have found no significant change to performance or muscle mass over several months of a ketogenic diet.

If you still want to try the keto diet, it’s important to talk to your doctor first about your body’s nutrient needs, your cholesterol levels, and your risk of heart disease. For a diet that has this dramatic an effect on the inner workings of your body, best to equip yourself with advice of a medical professional. When it comes to your health, you don’t always have to keep up with the Kardashians — but if you do, don’t do it on your own.