The Role Hormones Play In Migraines 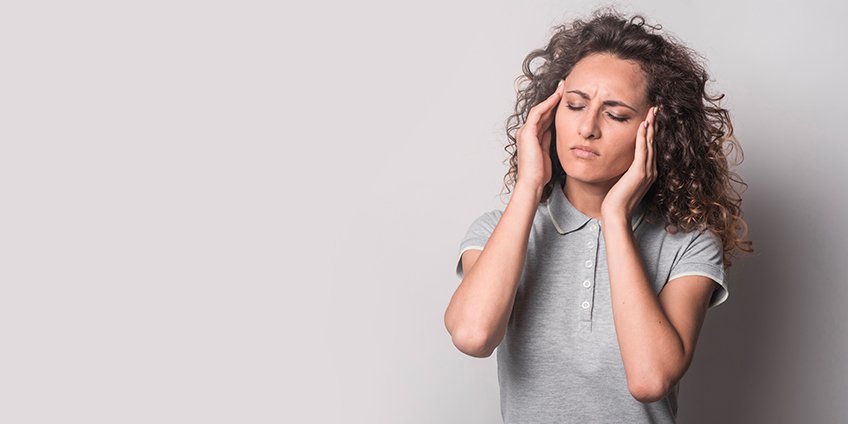 Migraines affects more than 37 million men and women in the US and women are three times more likely to suffer from them. Researchers have speculated that migraines may be linked to hormonal activity in women but there are many considerations when searching for the root cause or causes in both women and men.

Recent research suggests that regular migraines can be caused by a combination of factors including genetic, environmental (such as toxicity), and lifestyle factors (such as poor sleep, diet, and nutritional deficiencies). Depending on the person, a number of these factors may be to blame based on their unique biology and what they are exposed to in their environment. This may also include overall inflammation and oxidative stress, food allergies and sensitivities, environmental toxins such as black mold, gut imbalances, mitochondrial or cellular blockage from toxins, and hormonal imbalances such as estrogen dominance or low levels of progesterone.

Most migraine sufferers are women. Many female migraine sufferers report getting migraines at certain times of the month, around the time they have their period or the day before. Scientists have linked this to a decrease in the hormone estrogen during menstruation however having too much estrogen may also be the cause.

Medications, "the Pill", and Nutrient Deficiencies

Many people who are taking regular medications are suffering from nutritional deficiencies and don't know that this can trigger migraines. Vital nutrients for brain and nervous system health such as magnesium and B vitamins are regularly depleted when the body must process various forms of medication. In fact, most medications cause some form of nutrient depletion that is often not replenished properly through diet. Some women who use birth control pills report more migraines, and more severe migraines, which can be caused for several reasons. If a women is estrogen dominant (not releasing estrogen well after their cycle) adding additional estrogen in the form of birth control can cause symptoms such as migraines and increase cancer risk. Taking birth control also naturally depletes the body of many essential nutrients including magnesium, folate, vitamin C, B6, B12, selenium, zinc, vitamin D, and riboflavin.

Estrogen-like compounds, that can interfere with both women and men's estrogen levels, are found in high supply in many foods. They come in the form of phytoestrogens (naturally occurring plant estrogens) and xenoestrogens (man-made estrogens used in plastics). Soy is a food naturally rich in phytoestrogens that is very prevalent in our food supply.  Soy is a darling in the processed food world because it it cheap, versatile and can be used in a multitude of ways because it works well as a thickener. However its high phytoestrogen profile may be problematic for many people since it mimics natural estrogen. Soy is also one of the more common allergens that can trigger migraines as well.

Xenoestrogens or man-made estrogens were created to make plastics supple a boon for manufacturing but not helpful for your health. They are used abundantly in our everyday products, from take-out food containers and food storage containers, plastic water bottles, and most plastics that we have in our home. This estrogen-like toxin easily leeches into our foods and can even be absorbed through the skin in the case of lotions and make-up. These hormone-disrupting chemicals can wreak havoc on our hormonal balance and cause a “disconnect” between the brain and gut super highway that is in charge of normal hormonal disruption and balance.

Hormones in the Food Supply

The food industry is the US is drive by profit-motives, not health-related ones. Many cattle are pumped full of hormones, steroids and antibiotics in order to get as much yield out of the animal as possible. Conventionally raised cow's milk in it is of particular concern because it's high in hormones and other potential toxins. Some studies show girls are starting to menstruate at even younger ages than the usual lower range of 11 and some boys have experienced ‘feminization’, such as the development of breast tissues, if they tend to drink a lot of dairy milk that is not organic.

The stress and a lack of sleep many men and women experience have been found to be a significant contributor for migraines. Whether it is stress caused by work, personal matters, foods that cause internal inflammation, or other health issues, mastering stress management techniques can help to improve the lives of migraine sufferers greatly. Poor sleep can also lead to elevated cortisol levels, a stress hormone that can cause migraines and off balance other hormones.